Oklahoma brick manufacturers are getting creative, producing special blends for special projects. The brick walls of the Edmond municipal administrative building were made specifically for that structure, intended to set it apart from every other municipal project. The same is true of the Choctaw Nation Regional Medical Clinic under construction in Durant.

The former brick is now known as Acme’s Municipal Blend, a pale recipe whipped up at the plant on Memorial Road near Edmond, overseen by Sales Manager Jay Cox. The Choctaw Blend was developed at the company’s Fort Smith, Arkansas, plant. They’re both lovely building materials, Cox told the JournalRecord recently, although his bias leans toward the rich, red clay of Oklahoma.

Regional plants are in friendly competition with each other to convince customers that not only is Acme the best product, but that their offices can do an even better job of creating a unique personality for a project. The Choctaw Blend is a good example of that concept, Cox said, because it features the same dark earth tones that suggest the tribe’s heritage. Neighborhood developers tend to offer a small set of options to homebuyers to ensure complementary appearances, while the architects behind universities, hospitals and commercial projects want signature brick colors.

Click here to read the entire story in the JournalRecord. 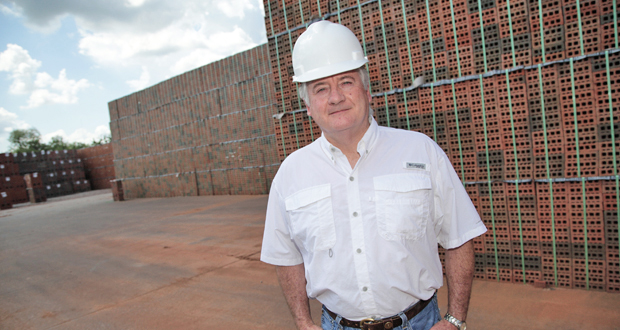