Centek: An Oklahoma Manufacturer With Heart

As America’s oil and gas markets plummeted to record lows, most production — and drilling — dependent companies faced business challenges in the past year. Many have left the industry for good. But Oklahoma City’s Centek not only managed to ride the unpredictable markets, it maintained and expanded its customer base while thriving internally in countless ways.

Centek manufactures centralizers used by oil and gas well operators to get casing to the bottom of wells smoothly and efficiently. Centralizers also keep the casing straight and centered to achieve a good cement sheath around the pipe.

The company’s efforts were profiled recently for JustGoodNews.biz

As Centek Inc. celebrates its fourth birthday in 2016, President and COO John Carnuccio credits the hard work and dedication of the company’s 50 Oklahoma employees for achievements telling the story not only of a great company that can withstand difficult times — but also of a great team of people with lots of heart: 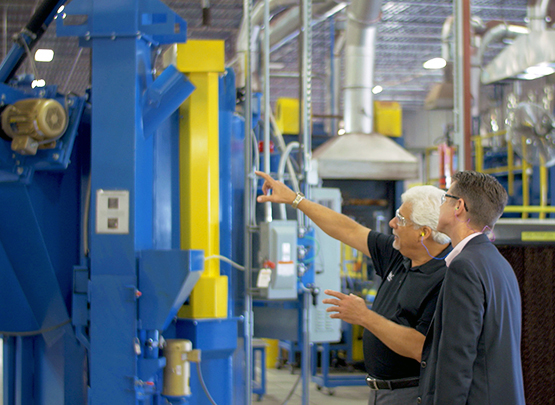